Bill was the founder and the living spirit behind the great Driven NTSC Diskmag 1995-1998 ,

. you can download the issues from CSDB page (scroll down below for the link)

from his web page  about his computer C64 life :

To keep Steve happy, I decided I ought to move my mug off of the first page, add some words to let people know a little more about me, and put it all here in the bio’s section. So, here we go..

I bought my first c64 in 1983, I believe, “for my kids” (hehe). I started with only a tape drive, and soon added a Koala pad (and cartridge), which I still have and occasionally use. I initially wrote my own word processor (somewhat crude, in BASIC) so my kids could start to type their own papers on the computer. My program was a little too hard for them to use, so I moved on to Speedscript, a really nice word processor, which I still use at times today.

I spent a a couple years, 89 to 91 I think, as a co-sysop on a Color 64 bbs (Swampland) – quite an interesting experience. Our bbs users (and other Orange County, CA, bbs’ers and sysops) would get together often for ‘Excursions’ – picnics with baseball games and frisbee tournaments – at local parks. It was on our local bbs’s that I started using the handle ‘coolhand’. (Ever see the movie ‘Coolhand Luke’?)

Then came the Internet. I sent my first email in the fall of 1991, if I remember right. IRC became a reality for me about 4 months later (first telneting to a public client in Austria, then compiling my own client). And believe it or not, I didn’t make my first assault on the Web until December of 1995.

What else significant? Not a lot, really… except for meeting some dude with the handle ‘Elwix’ not too long after starting on IRC. And later, he said he wanted to start a demo magazine called ‘Driven’.. and wanted to know if I had any interest in helping. For some strange reason I said, “Hmmm, that sounds interesting.. yeah, maybe I can do that…” 🙂 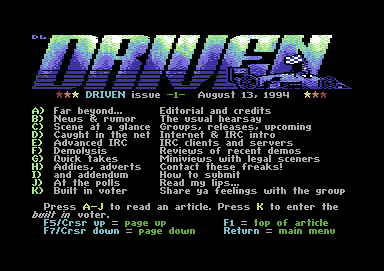 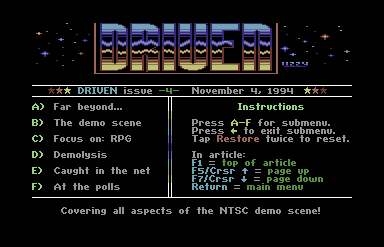 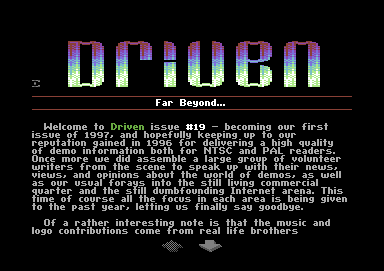 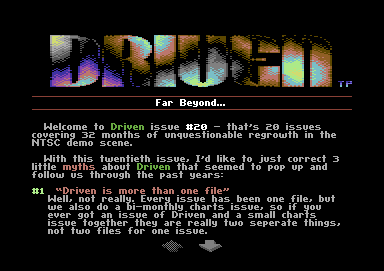 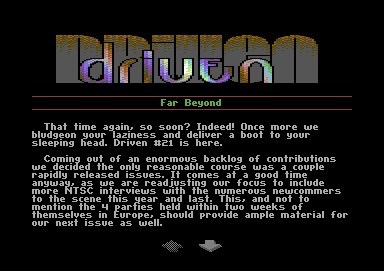 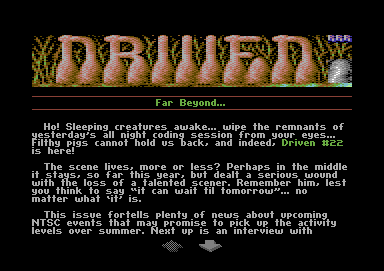 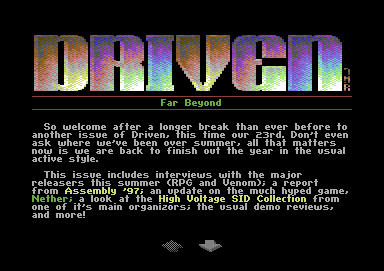 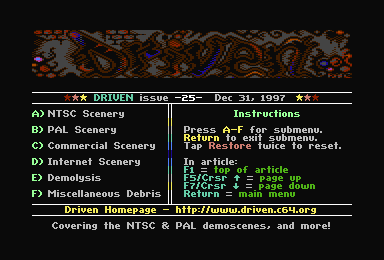 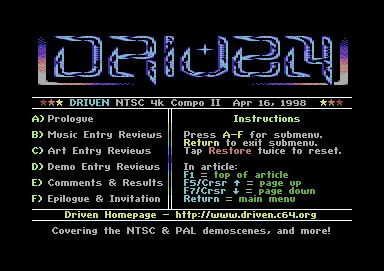 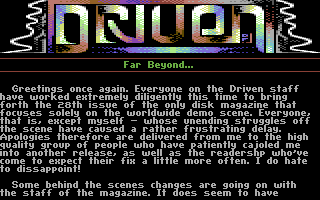 Internet Archive of Coolhand’s Driven homepage from 1999 can be found here:

Interview with Coolhand  can be found trough  Sceneworld #2  issue.  check this link:

this memorial page of  Coolhand . thanks  Joerg  !