according to CSDB  news which was published yesterday:
He was hospitalized on 19-jan-2019 due to heart problems. A percutaneous transluminal coronary angioplasty was performed that same day. Sadly, he developed pneumonia, and on 25-jan-2019 his heart stopped twice and was pronounced dead at Meilahti hospital in Helsinki, Finland. 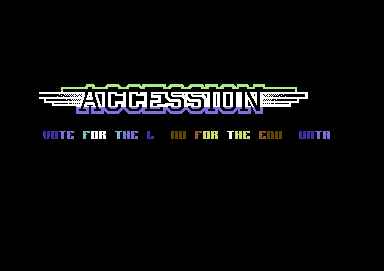 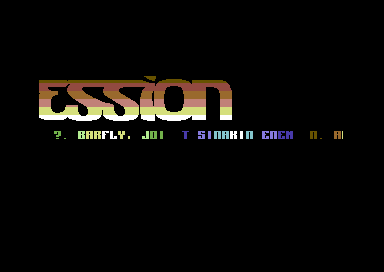 hi its ddt on the keys, hey fuckers whats up long time no scroll or wtf? :p
i would like to send hellos to all my friends in scene! keep up the scene i dont think theres nothing else left in this world as world sucks 🙂
special greets goto following people: irata, haben sie ein sauerkraut in deine lederhosen.
maximilien, long time no see when the fuck your coming to a party?. barfly, joisit sinakin enemman. all other fuckers: stay tuned :p so britelite says that i should write some scrolltext for this intro. and that ddt should as well but let’s see if i can prevent any room being left for ddt to use. anyway so this is apparently the accession intro that i am not coding, unlike the one that i am coding, which is not done yet. i had to abandon the original ideas for it as they require more time – basically c64 raster timing can be a total bitch with bad lines – seriously 4 cycles left with 8 sprites is a * tiny * bit of an issue to work with. i guess this is why we have not seen it done much. anyway so yes i have been doing more c64 and 6510/02 stuff (i wonder if that char is in the font prolly not oh well) and no streetuff its not the danish gold production yet.
tho i might write a small one of those in oldschool style just to get something done that isnt raster timing hell.
anyway. so wassup people this is the …
it would be good to know what the hell is on the screen but i am guessing it is an accession logo that is not a tech-tech (:
i wonder who did the music… i wonder actually if this amount of scrolltext will even be shown at the party.
so yes. um i still need to watch the rest of the releases from lcp and i need to encode some facebook compo releases and there is tons of stuff
i did not get done on my vacation and this past week was all 20 hour workdays and trying to sleep and or recover from that …
missed freaking demowall in helsinki too, that sucked. stupid power outage and then ac issue and then more servers going
hey we dont like it hot and we cant take off all our clothes so hey you watch us melt down …
and of course due to someone not giving actual contracts and shit we dont know who half the customers are and they only call freaking ddt
… but thats over now because if they dont call they dont get email and he cant do a damn thing about that because the server they were on died
due to the heat and a bad disk and we do not have any record of any of the users since the backup was on the machine
we never replaced before the sale of the company. so yes that was fun this week i did that instead of coding.
and next week looks like more of it but today i should get to do stuff. i may in fact do that after i finish the scrolltext and get lunch.
tho i have to get beer as well.
i will say that the fosters i bought last week is gone tho that was awful i do not remember
fosters tasking like that back in the states, course i bought it from oil cans there.
fosters really should only be drunk from oil cans but they dont have oil cans here and hell they may not make oil can fosters anymore.
so i tried victoria bitter and i actually found it decent for a mass produced thing, but i hear it is not the favorite
anymore or at least ctrix said it sucked. then again the reason i got it was so many aussies saying that fosters was not representative.
which i can understand because it is mass produced and all that.
sort of like how heineken is not the dutch beer of preference, but instead, grolsch is.
i do like grolsch – mainly for the bottle design and the fact that its a decent lager that can be drunk easily.
some of the finnish lagers are a bit tough to drink much of after a point due to the fact that they tend to taste somewhat skunked –
i dont think they even use real hops in them they are that bad.
after properly hoppy beers i cant drink the lagers here anyway – well ok karhu but seriously thats it.
koff porter, sure. can drink that. but it is not a lager.
so i wonder how much text britelite wants

you can visit his C64 profile here: